Happy March! This month features a soulful cover, a rework of classic blues, and something new.


Young newcomer Birdy is getting a lot of attention these days. Her song Just a Game is on the soundtrack for The Hunger Games, she's recently appeared on The Ellen DeGeneris Show and Conan, and she's built a strong following in the UK. Her cover of Bon Iver's Skinny Love made it to #17 on the UK Singles chart and it's easy to hear why.

Bon Iver's version features their casual indie folk treatment that conjures a front parlor jam. But Birdy strips it down and gives it a soulful intensity. I love the way she plays with the tempo. The piano slows in moments of tentative reflection, but then the whole song picks up speed to push through the emotional sections. The idiosyncratic delivery, along with her voice recall Joni Mitchell, but Birdy's home base is more soul than jazz. Skinny Love is one of several covers on Birdy's self-titled debut.

Guitarist Gary Clark, Jr. is another hyped, young talent. Much like Birdy, his reputation is validated by his performance. I don't know if I'd go so far as to call him the savior of the blues, but he has brought a new energy to the sound. Much like Jimi Hendrix, Johnny Winter, and Stevie Ray Vaughan, Clark has an innate sense of the blues that's filtered through his own stylistic voice. He evokes the classic Muddy Waters sound without paying slavish attention to the master.

His solo here on Catfish Blues is a treat as he maintains the basic groove while getting in some squonky lead punches. I've heard a few tracks before this and I'd been impressed, but now I'm motivated to give Clark a deeper listen.

I Used To Be a Sparrow - Life is Good (from Luke) 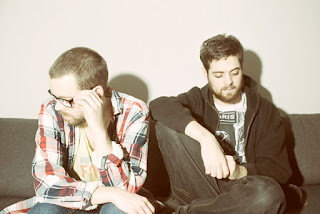 Swedish band I Used To Be a Sparrow is an unlikely duo. Indie rocker Dick Pettersson's work with In These Woods has a dark driving sound, while Andrea Caccesse's Songs for the Sleepwalkers is more thoughtful and layered.

Their work together on Life is Good emphasizes Caccesse's earnest character in the vocals with Pettersson's musical energy. The arrangement is open and airy, with a definite Irish rock sound that comes from the ringing guitar tone. Drop by their Bandcamp page to sample Luke and see what you think. It's a fairly interesting album.

The Men - A Minor (from a Record Store Day sampler from Sacred Bones, Todo Muere, Volume 2) 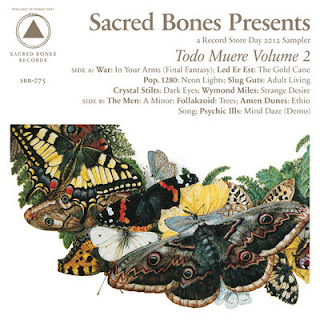 Record Store Day (April 21) is an annual event designed to support locally owned record stores. Quite a few artists create special vinyl or CD offerings that are only available from participating stores and many shops also feature live performances. It's a cool idea because big name bands like Wilco and My Morning Jacket participate along with less well known bands.

The Men's extensive eight minute psychedelic jam, A Minor, is collected along with other artists from Sacred Bones Records. The meandering start recalls a mix of garage-psych and early Pink Floyd. The simple, one chord strum is decorated with resonant echoes and fill melodies. Then the Men kick in with the vocals, driving the song's acid rock intensity. Like all great head music jams, A Minor uses hypnotic repetition to hammer away the listener's ego. The transition into an early heavy metal grind is pure icing.