A personal note about connection

When I started writing this blog six and a half years ago, it was really just a way to capture the concerts and albums I was enjoying. What started out as fairly brief write-ups blossomed into longer explorations and a huge influx of new music into my iPod.  Eventually, I branched out into playlists and interviews, most creatively with my Mash Up Summit. Over time, I started receiving lots of music submissions that helped me discover a host of great artists whose music has moved me. Many of these people are not as widely known as they deserve or they weren't when I first came across them: Macklemore, Matt Stevens, Team Spirit, Atomga, That 1 Guy, Bike for Three!, Earl Greyhound... there are more than I can count.

Looking back on this run, I am proud of how I've grown as a writer. That said, this blog grew into a second, unpaid job. To be fair, this has really just been a hobby and I've been well aware that there's not any money in this kind of writing. But I've come to ask myself, what do I want to get out of this, beyond the satisfaction of polishing an 800 word essay? Ultimately, I don't think it's money or fame,but engagement. Connecting with fellow music fans and artists would close the loop for me and make it less of a solitary activity. And there are a few musicians that have been responsive, but the truth is that most of my readers are just finding me by when they google some group or album. They drop in, skim my post, and move on. At this point, I get a little over 1000 hits per month and around zero comments. I don't think that's a flaw with me or my readers; it's just the nature of review blogs and the internet.

I want to find a way to forge a connection with people and I'm not convinced that being a critic is the best answer. Other forms of writing may provide a path or I may focus on sharing my own music. In any case, I'm not shutting down Jester Jay Music, but I probably won't be posting music reviews on a regular basis.

Thanks to all of the creative people who have shared their work with me, to David Harris for letting me write and edit for Spectrum Culture, and to the friendly PR people I've met over the years.

Feel free to respond to this with a comment or message, but I'll understand if you don't : -) Cheers!
Posted by Jester Jay Goldman at 10:12 PM No comments:

Recording review - The Fierce and the Dead, Magnet

The total package of physical and mental gymnastics 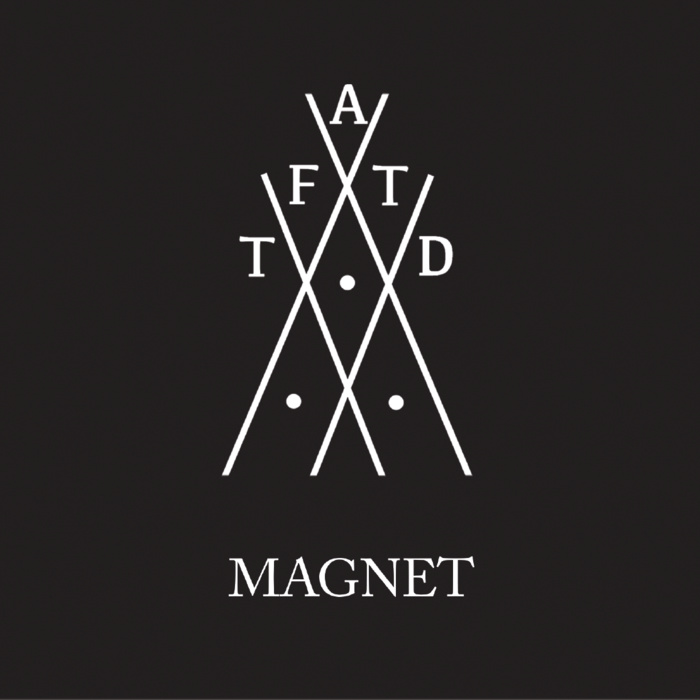 One of the things I love about Matt Steven's music is that he doesn't just alternate between visceral guitar expression and intellectually satisfying geometric balance. Instead, he blends them together into a spicy melange that milks excitement and intensity from that dichotomy. Even in a short 1:41 piece like "Magnet in Your Face", he can find the space to surprise. That tune jump starts The Fierce and the Dead’s Magnet EP with a furious assault of thick, head-banging guitar. The simple thrashy vamp sinks straight into your reptile brain like some kind of insistent, metal-flaked drug. While the rhythm obsessively circles this compelling focal point, the lead comes in and prods the song forward with an angular pentatonic line. The song is a third of the way into its brief run and if it were any other band, that Neanderthal DNA would make the song as predictable as a simple mathematical series. Sure enough, the one-two of the opening leads to the obvious three of a slightly introspective bridge, but then that bridge melts away, leaving a clean, disarming interlude that suggests fractal reflections with a playful bounce. While the tune does settle back into the adrenal punch of the main riff, that post-rock side trip colors the rest of the song. It makes you wonder how far afield the band would take it if they gave themselves the luxury of five or six minutes to develop it further.

The following track, ''Palm Trees", takes the opposite tack, starting with a crystalline guitar that feels like a Cubist sketch: a static scene visualized from different angles. But Kevin Feazy's throbbing bass joins in and triggers more rambunctious play. Relatively soon, though, the two approaches reach a detente of coexistence , each complementing the other. The song still has some tricks though, with a final Gothic crescendo that collapses into the chaotic echoes of a hornets nest.

Magnet gets off to a strong start with these two new pieces, but the band also mixes in a retrospective set of tunes. Two of these are rehearsal recordings of songs from their last release, Spooky Action (review): "Let's Start a Cult" and the title track. It's not immediately clear whether these were demos or if the band was working out how to perform them live. I'd guess the latter because the arrangements seem fairly clearly planned out. Neither of these enjoy the sweet production of the album versions, but the Stuart Marshall's drumming is expressive and vibrant, and each gives a sense of how TFatD's songs are built from sections to form a coherent whole.

They round out the reissued tunes with a version of "Flint", originally from 2011's If It Carries on Like This We Are Moving to Morecambe (review). This take is more focused, dropping the original's extended space echo intro. Without that trippy start or the edgier production choices, Magnet's version shifts the perspective from a tentative search for solid ground that grows in confidence to one that starts with a clearer sense of self-possession and hidden resources. That feels right because it reflects how much TFatD have evolved.

EPs are usually stopgap moves to tide fans over between meatier releases, seldom turning out to be essential listening, but between the solid new material and the revisited songs, Magnet is a good snapshot of TFatD's development as well as their enduring talent. They cram a lot into 20 minutes and it's a treat to bask in that yin yang of delicate crunch, of distorted introspection, of The Fierce and the Dead.

Magnet is available from the group's Bandcamp page.
Posted by Jester Jay Goldman at 10:07 PM No comments: