Jim Gwynne and his band JIP just released their latest EP, Sparks, Flame, and Names. The running theme is about breaking up, but the band took an interesting approach and made each song a collaboration with a different featured artist. This gives the EP an eclectic feel.

My favorite track, Shudder has a delicious dark tension. Joanna Stanielun (Half Moon Mad) has a languid tone that promises trouble and excitement in equal measure. She sounds like a cross between Alannah Myles (Black Velvet) and Exene Cervenka. The interplay between Gwynne and Stanielun is powerful. "Every time I relapse / You leave me to shudder."

Pony Boy - Not In This Town

With her smoky alt-Western sound, Pony Boy (Marchelle Bradanini) saunters through the darkness. Twangy, jarring, and low-fi, the music for Not In This Town is compelling. The metallic taste of Tom Waits' skewed musical aesthetic and the discordant guitar solo are warning signs, but Pony Boy's breathy whisper in my ear is confident that she'll pull us all in.


The Luyas - Fifty Fifty (from Animator, due October 16) 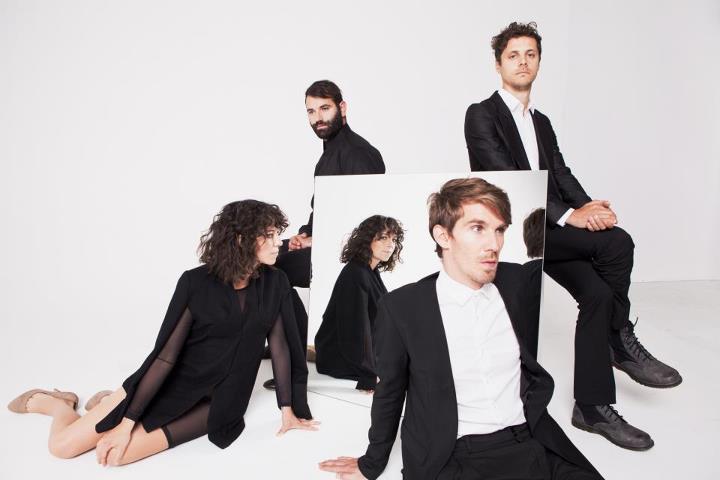 Photo credit: Richard Lam
Moving away from this month's dark side, The Luyas have a new single, Fifty Fifty. It's too uptempo to qualify as dreamy, but Jessie Stein's vocals have an ethereal tone. The song begins as a solid danceable pop. The guitars and keys are thickly varnished with reverb, taking away some of the edge. Near the end, the drums drop out and then the song drifts into an ambient haze, reaching towards the atmospheric sound the band loves.

The Luyas new album, Animator is due out next month on Dead Oceans.

The Orb (ft. Lee Scratch Perry) - Golden Clouds (from The Orbserver in the Star House)

The Orb's Little Fluffy Clouds was a beautiful, trippy groove. Designed for the dance floor with a solid groove, it channeled the directed spaciness of Krautrock. Golden Clouds is not so much a remix, but a reinvention. The Orb's Alex Paterson and Thomas Fehlmann connected with reggae statesman Lee Scratch Perry. Perry's vocals, rhythms, and sense of dub served as an inspiration for a whole album of material, The Orbserver in the Star House.

Golden Clouds is more focused than its parent, but no less hypnotic. Where Ricki Lee Jones' vocal sample in the original was spacy, Perry's voice is like a trip sitter, guiding the flow of the song.

After you enjoy this, you should check out Golden Clouds 81 Neutronz Mix on PopMatters. With heavier electronic processing to take the track into dubstep territory, it's yet another ripple from the Orb.