Eno continues his ambient explorations, heading for the light 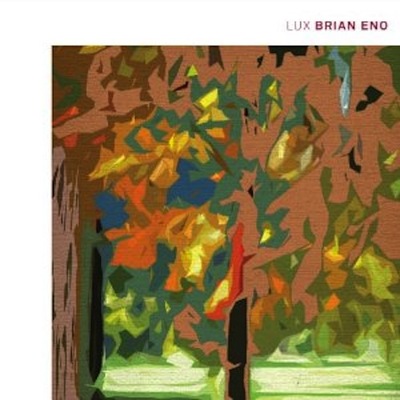 Brian Eno never fully settled in during his professional start with Roxy Music. While his brief tenure with the band proved to be the mainstream interlude of his career as a musician, it was his artistic vision that made him remarkably influential on popular music. Although his initial solo work focused on synthesizer-based pop, his aesthetic sensibility led him to develop studio skills and a unique sonic touch that eventually had him producing a number of artists including David Bowie, the Talking Heads, and U2. In parallel, he became enamored with aleatoric or indeterminate music, expanding on the creative application of random chance in composition and performance. By 1975’s Discreet Music, Eno’s flirtation with what he would call ambient music was fully underway.

Eno effectively introduced this experimental music to popular audiences because he bridged the two worlds. Fans who knew him through Roxy Music and his first couple of solo albums followed him to echo-driven explorations with Robert Fripp and several other art music projects. The step into stranger realms was not far off the path of Eno’s creative arc. The long quavers and echo-cushioned notes of the ambient genre embrace the idea of music that can be appreciated from intellectual and meditative perspectives as well as background sound. Listeners can all but ignore it, letting it flavor their sub-conscious mood. But given attention and focus, ambient music engages the pattern matching parts of our brains. The implied structures are elusive, but small sections suggest their own directions.

Which brings us to Eno's latest ambient offering, Lux. Originally intended to enhance an installation at the Great Gallery of the Palace of Venaria in Turin, Italy, the album is split into four 18-plus minute tracks. Each section has its own flavor, but the sense of spaciousness and possibility recall Ambient 1: Music For Airports (1978). Similarly, it’s not so far from Austin Wintory’s sound design for the PS3 game flOw. A spacy openness is conveyed with slowly shifting foundation tones. Additional synth lines drop in and melt down into the shimmering ground. Individual piano keys drip into the mix, where they echo and linger.

Listening to “Lux 1” is like drifting in a float tank. The relaxing wash of sound is deeply meditative. The tonal parade is steady, but feels organically spaced and creates a hopeful sense that matures through the evolution of the track. Later, Eno creates a sense of depth by varying the relative volumes of successive note groups, pushing some towards the background while others step forward. As the foundation fades lower in pitch, the track turns more pensive. Near the end, some deeper string tones give the music a darker, more ominous feel.

“Lux 2” continues the push into tension and unease, moving away from the harmony that opened Lux and into chromatic discord. The track contrasts dark low notes with sharper timbre in the foreground. Guitar resonates, almost to the edge of feedback, then cuts out. Where “Lux 1” presents music that exists on its own plane, “Lux 2” sounds more overtly created, largely because Eno uses more acoustic instruments to build his textures.

The uneasiness persists into “Lux 3”, but transitions into curiosity. The layers of sound are denser as sequences overlap and slip past without quite interlocking. As the track becomes more thoughtful, there’s a sense of foreboding implied by a recurrent bass note theme. Despite a brief resolution into a more harmonious mood, the general sense of intrigue mixed with worry remains. “Lux 4” offers a taste of thoughtful evaluation, then resolves into a calm acceptance. The pace of incoming musical packages seems to slow back to the initial tempo and Eno’s conceptual flow achieves completion without ever overtly clarifying anything.

The key to ambient music and its interpretation is to understand the plasticity of the components. Shuffle the sections of Lux into a different order and the meaning would shift accordingly. This order follows a subtle path, but still delivers a coherent flow centered around the muted climax of tension during “Lux 2”. The bar for judging this genre is fairly low, in part because it’s just as easy to dismiss the music as trivial background noise as it is to respect narrative it cam evoke. Musical rating is always subjective, but even more so in this case. Interpreting this kind of music is challenging; each listener brings their own associations. For me, it paired well with a crisp fall afternoon, providing relaxation and meditative focus. Eno’s continuing exploration of ambient terrain remains interesting and engaging.
Posted by Jester Jay Goldman at 12:00 PM